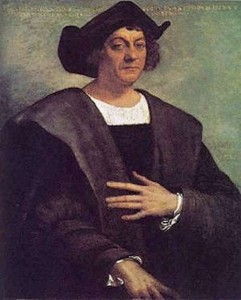 Chase has recently launched the new United MileagePlus Explorer credit card, basically replacing the old United Milesage Plus card. Perhaps by adding the word “explorer” at the end, they hope to invoke bold images of Christopher Columbus conquering the New World. The United credit card enables you to earn miles with their loyalty program, known as Mileage Plus. You can learn more about the Mileage Plus program here.

While we do provide a review of the United credit card here, ultimately your decision to get a specific airline loyalty card usually is centered on whether you either a) prefer flying this airline, and/or b) find it has the most convenient routes or pricing for your needs. So just use this review as another data point, but not the end-all-be-all.

Here are some of the key points about this card:

Rewards: 2 miles per dollar spent on United Airlines ticket purchases; 1 mile per dollar on all other purchases.

Foreign Transaction Fee: 3% of each transaction after converting to USD.

Other Benefits: first bag is checked for free ($100 value); two one-use passes each year to the United Club; priority boarding.

There’s nothing too shocking or complex here. You’ll earn 2 United miles for every dollar of spend on United and Continental airline tickets, and 1 mile on all other purchases. There is no limit to the number of miles you can earn, and they generally don’t expire as long as you maintain some nominal level of activity on the account. In short, our straight-talking ugly bird has no beef with this card.

Breaking Down The Mileage Bonus

You’ll earn the lion’s share of the bonus, 30K miles, after spending only $1,000 within 3 months of getting your card. You can earn another 5k miles simply by adding another authorized user to your card. To get the remaining 10K miles, you need to spend at least 25K in a given calendar year. It’s unfortunate that it’s “calendar year” and not “card anniversary”, since if you happen to get the Mileage Plus Explorer Card in say June (or worse yet, December), it becomes less likely you’ll be able to put $25K spend on the card in the few remaining months-so you may have to wait till the following December. One other thing to note: these bonus miles don’t count towards Elite Qualification Status.

While this post is focused on earning miles with the United Airlines credit card, just being a part of United Mileage Plus loyalty program affords you numerous opportunities to earn miles. Not only do you earn miles by flying on United or United Express, you can also earn miles by flying on any of their partner airlines (as of the date of this post, they have 35 partner airlines). They also have a number of non-airline partners (such as hotel and car rental partners), providing yet more ways to earn United miles. If you so desire, you can read more about earning miles with United’s Mileage Plus Loyalty Program.

While United does provide opportunities for you to redeem miles for non-flight benefits, such as hotel stays, car rentals, shopping and dining experiences, etc, the simple fact remains: if you want to maximize the value of your United miles, then you had better redeem them for flights on the United network. Period. Below is an abbreviated mileage chart with some popular destinations. You can check out the full mileage chart here.

So in summary, the 30K sign-up bonus is fairly respectable and on par or even above many other airline credit card offers. The 1 mile earned on all purchases (besided United purchases, which earn 2 miles), is standard for an airline loyalty card, nothing special. As is often the case, your decision on which airline loyalty card to apply for may be driven more by your own airline preferences or perhaps by convenience/availability of certain routes.

If you’re more focused on pure economics, you should definitely run the GetDebit Ranking Engine (from our homepage). By providing your own estimates of how much you spend each month by major spend category, the Engine accurately estimates the rewards you would earn across more than 200 credit cards.