With 2010 coming to a close, we thought it would be fun to take a look back at the most popular prepaid debit card news items posted on GetDebit.com. The year was packed with important and interesting news items in the prepaid world. The following stories are listed based on the number of times they were read. There may have been more important stories last year, but these five were the tops in terms of the pure amount of times they were read. 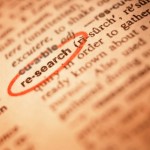 The most popular news item on GetDebit.com through all of 2010 was our article describing fifteen of the top prepaid card research reports. The story was read thousands of times, and we received dozens of great comments and suggestions by email. Clearly, there is a need for information about the prepaid card industry, and this compilation of prepaid research was our way of helping researchers understand the prepaid debit industry a bit better. (Tip: If you like or need more insight into the prepaid card world, check back in January, when we will release our “Definitive Guide to US Prepaid Programs in 2011” which will include detailed information of over 100 card programs).

Our second most popular news item was a comparison of the NetSpend IPO to the Green Dot IPO (our two favorite news items of the year). In the article, we took a look at the S/1’s of both NetSpend and Green Dot and compared some of the vital stats, including the numbers of active cards and load amounts.

Our third most popular article was another comparison of NetSpend to Green Dot, with a comparison of the different distribution channels used by NetSpend and Green Dot. (our conclusion? that direct deposit channels do matter, and having larger distribution via payroll programs helps increase retention and usage of cards).

Our fourth most popular article in 2010 was a discussion of the Governments action to pause the popular iAdvance product from MetaBank. In October 2010, the Office of Thrift Supervision forced MetaBank to pause the iAdvance loan product (which allowed certain prepaid debit card holders to get short term loans via their prepaid cards). The article generated tons of emails from consumers asking for alternatives to iAdvance. 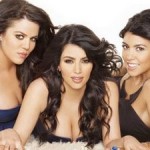 Finally, the fifth most popular story of the year (based on sheer numbers of readers), was the story of the Kardashian Kard, including our discussion of the launch of the Kardashian Kard. It’s unfortunate that this was one of the bigger stories in prepaid in 2010, as the media attention focused on some of the less desirable attributes of prepaid. The card was subsequently pulled.

Check back over the next few weeks as we round up the stories that we think were the most important items from 2010.