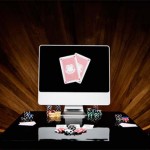 An Internet gambler from Massachusetts recently sued NetSpend Corporation in Federal District Court seeking to recover $8,000 he lost gambling plus an extra $16,000 in damages for the emotional distress he allegedly suffered. The claim? That NetSpend “violated the 2007 gambling enforcement act of 2007 [sic] by putting through gambling transactions totaling $15,500 on the plaintiff’s credit card.” The plaintiff sued NetSpend on August 26, 2010. A copy of the complaint is attached below.

This is crazy on so many levels.

First, the UIGEA provisions relating to financial services companies (such as NetSpend) did not go into effect until June 1, 2010. Banks and other payment processors were originally given until December 1, 2009, to implement regulations under the Unlawful Internet Gambling Enforcement Act, but were given a 6 month reprieve thanks to an extension passed late in 2009.

The plaintiff claims NetSpend is negligent for processing transactions in August and September 2009, before the financial services rules were in effect. (Unless we are missing something here – payments lawyers, feel free to contact us with better information if we are).

But perhaps more disturbing is that the guy lost a boat-load of money engaging in (apparently) illegal gambling, and now is asking for NetSpend (and, effectively) other NetSpend customers to share in his loss.

You can download a copy of the complaint against NetSpend here: Gambler Sues NetSpend