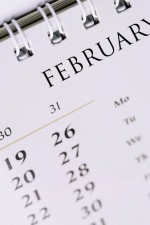 February is shaping up to be a landmark month for the U.S. debit card industry. Three significant events are scheduled to occur in the month, each of which will have an impact on debit card interchange regulation. Banks and issuers of debit cards are not the only ones who should pay attention, as these events will have wide ranging impact on consumers and merchants as well.

Get your calendars out and mark these dates.

On February 17, Rep. Spencer Bachus (R-AL), the new chair of the House Financial Services Committee, has scheduled a hearing on the Federal Reserve’s proposed rule for debit card interchange. While the specific agenda and participants have not yet been named, many commentators expect that representatives from the Federal Reserve will appear at the hearings in order to explain the proposed interchange rules.

On February 18, the defendants in TCF National Bank v. Bernake case (in Federal District Court in South Dakota) are scheduled to provide their Brief in Response to TCF National Bank’s motion for a preliminary injunction and their answer to TCF’s complaint. TCF brought suit against Federal Reserve Chariman Bernake, the Federal Reserve Board, and the OCC seeking an injunction preventing the Durbin Interchange Amendment from being enforced. On February 18, the defendants will provide their brief explaining why the preliminary injunction should not be granted. According to a recent court filing by the defendants, “Rather than filing an answer, the Board and the OCC plan to jointly file a motion to dismiss Plaintiff’s complaint. In the interest of judicial economy, Defendants intend to file a combined brief both in support of their motion to dismiss and in opposition to Plaintiff’s motion for a preliminary injunction.”

On February 22, the public comment period on the Federal Reserve Boards proposed rules to implement the Durbin amendment closes. File your comments before that date or forever hold your peace.

As of today, based on the information published by the Federal Reserve Freedom of Information Office, the proposed rules have garnered over 400 comments, along with over 2,124 form letters urging some action on the rules.

While these three events will not, on their own, determine the outcome of the Durbin amendment, they stack up to a big month.

You are here: GetDebit » Debit Card News » February is Going to be a BIG Month for Debit