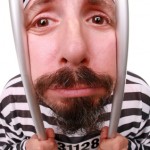 Prepaid cards have many uses. They are great second chance bank accounts. They work as payroll cards, medical benefits cards, Internet shopping cards, and money transfer cards. They are also a great way to handle money for inmates. We’ve talked about prisoner prepaid cards before. Here’s another way to use prepaid cards for inmates.

Here’s the problem that the Tuolomne County Sherriff’s office faced: How to handle the money confiscated by inmates when they are processed into the jail? Previously, the money was tracked using an accounting system. When the inmate was released, the accounting system was consulted and dispensed as cash or a check to the newly-free inmate.

The old system worked fine, but had some issues. For example, many released inmates didn’t have the ability to cash a check.

The Sherriffs Department worked with the folks at Aramark (the company that provided kitchen services to the jail) to develop a prepaid debit card system. Now, rather than issuing checks to released inmates, the Sheriff’s Office will begin giving them debit cards that contain the amount of money that they entered the jail with, in addition to whatever money friends or family sent them during their incarceration, said Sheriff James Mele.

The cards are issued by NetSpend Corporation.

The program should make things much easier for the Sheriffs Office, inmates, inmate’s families, and will also benefit the local community because released inmates will no longer need to loiter in the residential areas surrounding the jail waiting for banks to open or relatives to pick them up. The Sheriff’s Office confirmed that local cab companies will accept the debit cards as long as they bear a MasterCard or Visa logo.

The program is not expected to cost more than the current check system, Mele said.

There isn’t a firm date on when the program will begin, but officials expect it to be up and running in about a month.