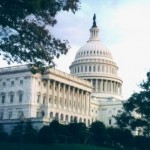 Here is a list (with current status, as of November 30, 2009) of six of the main pieces of consumer finance legislation of 2009.

This bill may be one of the more important ones pending for the prepaid debit card and gift card industry, as it has the potential to revamp the way that alternative financial services companies (like prepaid debit card issuers and ISOs) operate. This bill is a central element of Congress’ overhaul of financial regulations. It would establish a Consumer Financial Protection Agency with the authority and accountability to supervise, examine, and enforce consumer financial protection laws. Financial transactions falling under the agency’s jurisdiction would include mortgages, credit cards, student loans, auto loans, payday loans, and more. The agency would work in these areas to ban deceptive practices, ensure the safety and fairness of new consumer financial products that come on to the market and, generally, to promote transparency, simplicity, fairness, accountability, and access.

This bill is now law (signed by President Obama in May 2009). Many provisions do not go into effect until 2010, but the bill already is having a deep effect on the financial services industry in the U.S. The objective of the bill was to restrict unfair interest rate hikes, fees and penalties. It also bans credit card companies from knowingly issuing cards to people under the age of 18. Furthermore, it calls for the broad dissemination of information by creditors to the public regarding changes and developments in credit card accounts, methods of contact, and credit counseling services, and by the Federal Reserve Board to Congress and the public, alike, regarding the general health of the consumer credit market.

This is one of several “technical corrections” to the CARD Act (item #2 above), and was passed as a law in November 2009. The law makes a technical amendment with respect to the timing of payments related to open end consumer credit plans. Adds the phrase “a credit card account under” the timing requirement to specify that a creditor may not treat a payment on a credit card account under an open end consumer credit plan as late for any purpose, unless the creditor has adopted reasonable procedures designed to ensure that each periodic statement is mailed or delivered to the consumer at least 21 days before the payment due date.

This bill, introduced by Senator Chris Dodd, would establish a moratorium on credit card interest rate increases in advance of the effective date of the CARD Act.

Interchange is a hot topic. This bill, introduced in October 2009, would Amend the Truth in Lending Act to prohibit specified electronic payment system network practices, including the imposition of:
(1) additional charges on merchants and consumers for premium payment cards;
(2) certain restrictions on merchants, including chargebacks for transactions on point of sale terminals that exceed the allowable amount on such devices;
(3) restrictions upon network routing;
(4) any requirement to meet a minimum number of transactions in any period; or
(5) fees or a related adverse action for failure of the merchant to meet such a minimum transactions requirement. Requires an electronic payment system network to disclose its contract terms to the merchant, including its complete operating rules, without restricting the merchant’s use of such information.