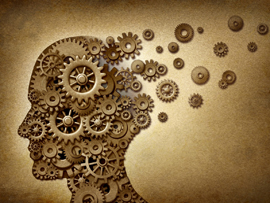 Today’s post addresses the oft-asked question “Does having and using a credit card cause me to spend more than I would if I just carried cash around?” Much research has been done on this topic, and we’ll cover some of that below. We’ll also cover some basic, but interesting, psychology around consumer behavior in general when it comes to handling cash.

For shoppers in today’s economy, there’s simply too much temptation in the consumer market. Sure, everybody is pinching pennies and pockets are tight across America, but companies are well aware of our new “discount conscious” mindsets. There are clearance aisles in every store and deep discount signs shouting “50% off (on select items)” and “Everything Must Go (excluding 80% of the store)!”. The signs and promise of discounts on items that you, lets face it, definitely don’t need draw you in….and an hour later you are $200 poorer. So how do you stop yourself from spending – especially if you already know that you should be saving every penny in this seemingly never-ending downturn?

Dr. Markin of Psychology Today wrote of research suggesting that people may spend smaller bills more frequently than larger bills.  The answer, then, is probably as transparent as Lululemon’s discontinued sweatpants: simply arm yourself with $100 bills. According to a new study in the Journal of Consumer Research, shoppers are less likely to spend if they are carrying bills in larger denominations. One  study showed that if two groups of people each had a hundred dollars, the group with the money made of Washingtons and Jacksons were more willing to part with their bills than their high-denomination Franklin counterparts.

What’s driving this effect? Consumers (aka people like us who are blogging while eating from a 50-pack Greek Yogurt impulse-buy) see big bills as much more sacrosanct than “chump change”. Joydeep Srivastava, a marketing professor at the University of Maryland’s Robert H. Smith School of Business and a co-author of the study wrote: “There’s a psychological cost associated with spending a $100 bill that’s not there with spending smaller bills.” In short, we isolate the cash in our minds so it becomes easier to spend 5 $20’s than the precious $100 that we keep hidden in our wallets.

The “What the Heck?” Effect:

Once the barrier of breaking a large bill is crossed, consumers fear (and rightfully so) that they will not be able to stop spending the rest. Srivastava believes “Once that barrier is passed….the dam gets broken”.  The what the heck effect is what happens when a consumer breaks the hundred and then (in inner anguish) says “what the heck, I may as well blow the rest”.

The credit card: Always Leave Home Without it?!

Willingness to pay can be increased when customers are instructed to use a credit card rather than cash. How do I know?

Women: Close your eyes and imagine a pair of brand new Christian Louboutins – on sale – just for you. Now you have a credit card and a wad of 5 one-thousand dollar bills. Which would you use to pay for your must-have shoes? If you answered with cash, then you are either fooling yourself, or are in a minority of strangely savvy money savers.

Men: ^^ see above to focus on how your wives spend your money.

On a more serious and studied note, although they can definitely cause severe financial issues, debit and credit cards are an important part of our economic lives. These days, it is almost a surprise to go to a store and see someone pay with cash or a check. There are many advantages of debit and credit cards, of course.

One of the more obvious dangers of credit card debt is that they typically carry high interest rates – once a consumer goes into credit card debt, it is often very difficult to dig out of the payments.

New research from Promothesh Chatterjee and Randall Rose in the study, “Do Payment Mechanisms Change the Way Consumers Perceive Products?” shows that people who use credit cards are more likely to fork over their savings than those who pay with tangible bills. This is called the credit card premium phenomenon. There tends to be an emotional pain associated with handing over cash, so this psychological pain often curbs spending.

So perhaps you think you’re a prudent spender unlike the rest of us reckless consumers? Well, studies still show that even if you pay off your credit card bills on time every month, there is a high possibility that you may still be overspending – buying commodities that you absolutely don’t need (I’m talking anywhere from Snuggies to designer mascara).

In another study,  randomly selected participants were offered the opportunity to purchase tickets to an actual professional basketball game that had just sold out. These tickets were highly desirable. Participants were told either that they would have to pay in cash or with a credit card. They were then asked how much they would be willing to pay for these tickets. Those who were told they would have to pay by credit card were willing to pay over twice as much on average as those who paying with cash. This last finding relates to many observations in a variety of settings: that people are better able to control their behavior when they have physical objects that help to guide them versus if they have to think conceptually. For example, people taking food at a buffet may begin with a diet plan – a desire to control the amount of food they will eat, but they still tend to fill their plate. In the end, they eat more overall if they are given a large plate than if they are given a smaller one.

Likewise, driving behavior is affected by the type of speedometer in the car. It is hard for people to judge the change in speed with a digital speedometer relative to an analog speedometer, because they have to actually think about the change in numbers.

Credit cards have a similar psychologically confusing characteristic. To stay within a budget using a credit card, you have to remember the prices for each of the items and keep track of how those prices relate to your overall budget. Many people who pay with cash think of the immediate benefits of a product, while those who purchase with cards are more focused on the long-term benefits of their buys. They view purchased products as investments, and don’t think of the end-of-the-month bill that comes along for the ride. If you have cash, then you can also limit the amount of cash that you carry as a way of limiting the amount you spend without having to remember all of the purchases you have made.

GetDebit’s Concluding Thoughts On The Psychology of Plastic

So in short, you can see that owning credit cards (and debit cards for that matter!) can be dangerous business.  Without exceptional discipline and financial self-awareness, even the most savvy consumers may end up spending more money (often on non-essential purchases) with plastic, versus if they had just carried cash around.

Of course, one of the main temptations of credit cards is the ability to actually earn cash back and other rewards simply for spending money, but truth be told, even a modest increase in spending behavior on nonessentials would quickly wipe out any such gains.

You are here: GetDebit » Learning Center » Do Credit Cards Cause You To Spend More?