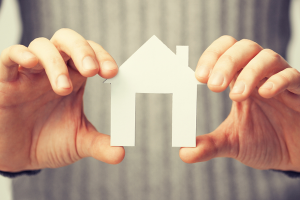 It’s all over the news, is it not? Interest rates. Can you count the times that you’ve heard “Rates are at historic lows!” I’ll just bet you’ve heard or read that claim maybe a hundred times over the past two years. In fact, the claim continues to be true. Mortgage rates have indeed fallen, incrementally, to sequential low rates over an extended period of time.

It’s also very possible that consumers have heard that claim so many times that it becomes old news. Same ol’, same ol’. And not without warrant, mortgage rates have indeed gradually dropped to lows never before seen. Yet the advertisements you see on the internet, print or hear on the radio appear to cater toward those who already own a house and are paying on a mortgage who might be a prime candidate to refinance their current loan.

A refinance is a process by which a new loan replaces a current one. Most often, a refinance is in order when interest rates drop enough that it makes sense to refinance a mortgage loan because the savings benefit from the new, lower mortgage offset the closing costs incurred with any mortgage loan. Refinancing is something that every home owner with a mortgage should consider today because rates are so low.

Another reason to consider a mortgage refinance is to shorten a loan term to save on mortgage interest saved over the course of the loan. A common example of refinancing in order to change a loan term occurs when a borrower exchanges a 30 year fixed rate mortgage for a 15 year fixed rate loan. When a borrower reduces the term on their mortgage loan, the amount of interest expense paid is reduced dramatically. How so?

See the difference? Even though the interest rate on a 15 year fixed rate mortgage is lower the monthly payment is higher. This is due to the loan being paid off in half the time compared to a 30 year mortgage. But when comparing the difference between the amounts of interest paid over the life of the loan the difference is staggering. A 30 year mortgage requires more than $100,000 in interest alone. That’s powerful. But what’s really powerful about today’s rates? So much emphasis has been placed upon the benefits of refinancing that the real benefit is buying power; how much more house can you buy with rates today compared to rates just about two years ago? Let’s look.

In the new year of 2011, 30 year mortgage rates were hovering around 5.25 percent. Again, at that time, those rates were also at “historic” levels. Today, you can find that same mortgage rate at 3.25 percent, a whopping two percent reduction in less than a year. How does that affect you, the buyer?

Now let’s look at how lenders evaluate affordability. Affordability is calculated by what lenders call debt ratios. A debt ratio is the result of dividing a housing payment by gross monthly income. A standard debt ratio is about 40 percent, taking into consideration property taxes and homeowner’s insurance that is included in the monthly debt ratio calculation. The income needed to qualify for that $300,000 loan at 5.25 percent is about $5,700 per month.

Using today’s rates at 3.25 percent, the income needed to qualify for the very same 30 year fixed rate $300,000 mortgage is only around $4,700 per month. That opens up financing opportunities to a much wider pool.

But now let’s look at not how at the income needed to qualify for a $300,000 loan but how much house that can buy. Exactly what do these lower rates mean when it comes to making an offer on a home and getting qualified?

Go ahead. Look around in your neighborhood or on the local MLS. Do you see a difference between homes listed around $300,000 and those around $400,000? Of course you do. You can buy a bigger home with similar monthly payments.

You are here: GetDebit » General Interest » Rate Power: “How Much Home Can I Afford?”