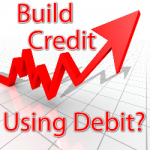 Part One: Separating the Misconceptions of Credit Scores

As I sat in a private industry research presentation earlier this year, I was astounded to learn that approximately 25% of all general purpose reloadable prepaid cardholders cited “build credit history” as one of the primary reasons for owning and using a prepaid debit card.

After the session, I visited with the presenter (who I knew), and as I asked about that specific finding, I said, “you and I both know that prepaid cards don’t work that way!” He answered, “I know, I know…but it always shows up as either the second or third highest reason from prepaid cardholders in all of our research.”

Our conversation caused me to ponder the myths and misconceptions of the often hazy world of credit reporting and credit scores, and how it impacts the average consumer. It is apparent that a misconception of what actually happens is being allowed to circulate, and in some instances, openly promoted.

Being able to have a reloadable prepaid debit card report to the three major credit bureaus and have the reported histories actually impact the cardholder’s credit score has been described to me recently as “the Holy Grail of prepaid debit cards”. Elusive, thought to exist, but sightings remain unconfirmed. Sounds a bit like Sasquatch.

It’s generally accepted that your personal credit score is the one that is reported by the three major credit bureaus…Experian, TransUnion and Equifax, and is built from activity reported to them. When you go into a credit grantor, (and that could range anywhere from a cellular phone company, to a buy-here/pay-here retailer of big ticket items, or a car insurance company), they will likely pull your credit score. When they do that, it is typical that they request and pay for your credit report from one or all three of the major bureaus. It is also common that the score of all three is not identical.

There are companies that today position themselves as “alternative” reporting agencies or bureaus. They readily accept cash payment activity, and build a file of your payment history, based on whomever they receive the payment history from. Their business model is that they sell these reports to credit grantors who request them as a secondary source of information, rather than charge the companies that report them. Very similar to the three major credit bureaus. So far, so good.

Here’s the two-pronged rub: first, when a credit grantor pulls a credit report, this “alternative” information is not contained in any credit report from the three major bureaus. So if a credit grantor pulls someone with little or no information (a “thin file” or “no file”), and chooses to dig deeper, they have to pay for another report from one of these “alternatives”, to see if they can justify their decision.

Point is…it’s an added cost, a second layer, it requires a second step, and requires that they know who these alternatives are. And the credit grantor may not choose to dig deeper. Game over.

Second, these alternatives do not report to the three major bureaus. Period. No matter how we want to sugarcoat it, the existing “alternative” agencies do not impact a consumer’s three-bureau credit score. They report a payment history. To infer that they build a credit history is a flat-out misnomer.

So to suggest that any prepaid debit card can improve your credit score today is frankly misleading, because “credit score” implies the report is only from three major bureaus. But hold on to your hat…it is coming.

The good news about these alternative agencies or bureaus has been that they have been the best thing available for prepaid debit cards up to this point. For what they are, they’re all fine and good because they can report a payment history, but just be clear that they do NOT impact your credit score.

I had a conversation recently with the President of a prepaid debit card issuer, and I asked him why he wouldn’t consider using one of these prominent “alternative” reporting agencies. If for no other reason than consumers were asking for something…anything.

His response to me was succinct and resonates with me still. “We looked hard at it and spent a lot of time examining it. In the end, we just couldn’t find any proof that it really would impact any of our cardholder’s credit score. So we decided to pass on it.”

His response underscored that there are people of integrity in the prepaid debit card industry.

Coming Up Next In This Series:

You are here: GetDebit » Debit Card News » Debunking Myths of Building Credit With Debit Cards (Part I of III)