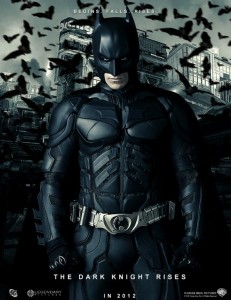 Sometimes choosing can be tough, like the time the Dark Knight had to choose whether to rescue his girlfriend or Harvey Dent. However, in the case of the Chase Marriott and Chase Marriot Premier credit cards, the choice is clear: you should always apply for the Premier version.

The quick version is that the Marriott Premier card provides a better sign-up bonus, more free nights per year, and overall better bonus rewards on specific spend categories, which more than make up for the slightly higher annual fee.  You can read on to get the details, or apply for the Chase Marriott Rewards Premier Visa Card here.

The Chase Marriott Premier credit card clearly dominates (think: MJ) the genetically inferior Marriott Rewards Card.  Bonus category rewards are superior: 5 pts versus 3 for Marriott stays, and 2 pts per dollar of spend at restaurants, airfare, and car rentals, versus only 1 point with the Chase Marriott card.

Ah, but you say “What about the annual fee on the Premier card, which is $40 more than the Marriott Rewards card, doesn’t that change the balance of power?” Actually, not at all, and here’s why.

The Marriott Premier card gives you 20K more sign-up points than the low-fee version. At GetDebit’s valuation of $0.0088 per point, that’s worth $176. As the Premier card’s annual fee is $40 more, right out of the gate the extra annual fee is covered for nearly 4 1/2 years ($176/$40). Who knows, in 4 1/2 years you might be living in the Sarengetti, with a spear and loincloth, and little need for credit cards in general.

It gets even better. While the low-fee Marriott card gives you 2 free nights at a category 1-4 hotel when you sign up, you don’t get any free nights each subsequent year. The Marriott Premier card, on the other hand, gives you only 1 free night up-front, but then gives you 1 free night (up to a category 5) every year thereafter. The only caveat is that you need to use the free night within 6 months of receiving it each year, but that’s a good chunk of time.

So if we use a simplifying assumption that 1 free night is worth $100, then by the end of year 2 both cards have paid out roughly $200 in free nights. After that (years 3 and beyond), you’re basically getting a free $100 each year if you have the Premier card, which of course completely offsets the $85 annual fee.

Thus, when you take into account the higher sign-up bonus of the Marriott Premier card, along with the additional hotel room stays, it’s easy to understand why the Premier card always trumps its lesser sibling. And that’s not even factoring in the higher rewards points and Elite Nights earned with the Premier card.

Call-Out: No Foreign Transaction Fees, Even on the Serengeti

It’s worth noting that the Chase Marriott Premier card also has no foreign transaction fee, a fairly rare feature in a credit card. If you spend on average $1,500 overseas per year, you’ll save $45 versus the typical 3% foreign transaction charge (and we don’t lose the connection here that at modest international spend level you have again completely offset the incremental $45 annual fee.)

Marriott points can be redeemed for a number of rewards, including hotel stays at Marriotts around the world, travel packages, free airfare (or exchanging your points for miles with participating airlines), gift certificates, and other redemption offers.

According to GetDebit’s Marriott Points Analysis, the best redemption value for your Marriott points are for travel packages, which can earn you on average slightly more than $0.01 per point. Another good option is, of course, redeeming your points for stays at Marriott hotels (go figure!). You shouldn’t consider any other options beyond these two, as the value of your points will be severely undercut (as the table below so effectively calls out!)

One quick note…Marriott rewards are redeemable for stays at Marriott properties, including Marriott Courtyard, Residence Inn, Fairfield Inn and Suites, and Renaissance Hotels.

We’ve hopefully made it clear that you should always apply for the Premier version of the Chase Marriott credit card. However, if you’re relatively agnostic to hotel brands, and you’re just trying to figure out which hotel loyalty credit card offers the most rewards, I’d strongly encourage you to use the GetDebit Ranking Engine (found on our homepage).  Hope you enjoyed the post, let us know what you think.

You are here: GetDebit » Hotel Credit Cards » Marriott Rewards Credit Cards: Which One Should You Get?